Are Golf Fans Becoming Too Loud? 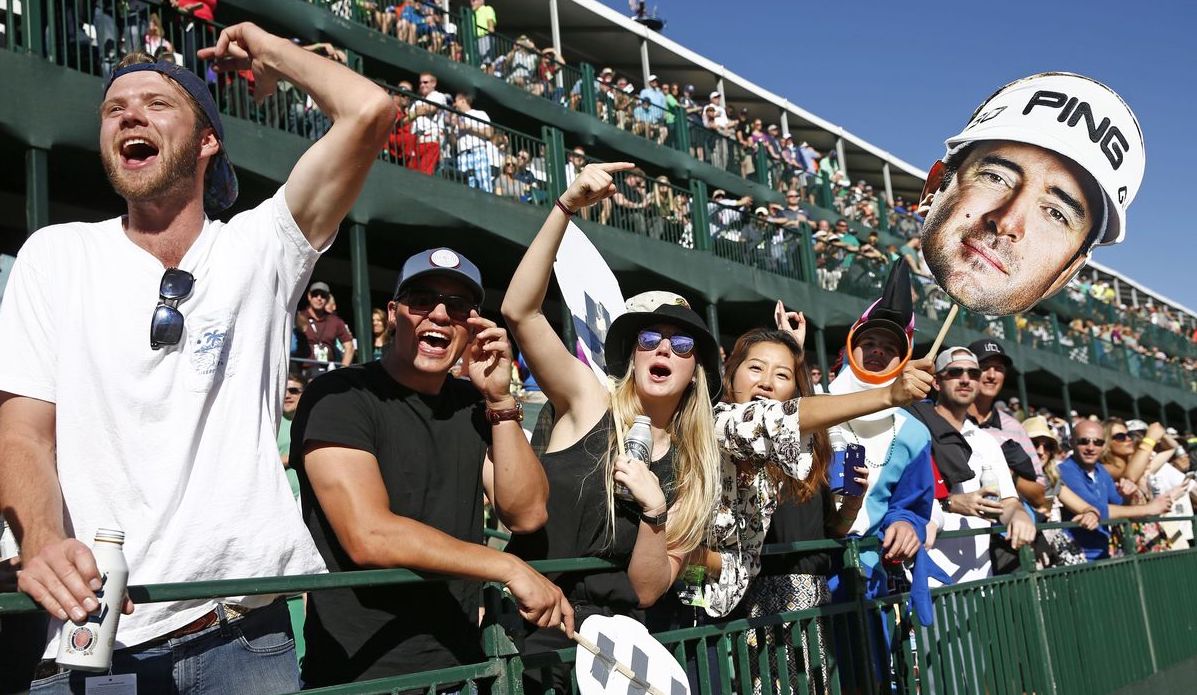 Not long ago, the biggest question that stumped PGA Tour executives was simply “how do we get a younger audience interested in professional golf?” Well thanks in large part to the incredible success of Tiger Woods throughout his career, golf popularity is at an all-time high. This popularity, however, has led to younger and much more rambunctious crowds along the PGA Tour stops. Now the PGA is dealing with a balancing act of making golf fun, but still maintaining the high level of integrity and class that the sport was built on. But can both co-exist? Here’s a look at what the players think of the increasingly larger and more boisterous PGA crowds.

Rory McIlroy Is Not A Huge Fan

Rory McIlroy is one of the most popular players on the tour and usually has a large crowd around him during his rounds. McIlroy generally has a great relationship with his fans, especially the many young fans that admire him. But it’s those same kids that attend these golf events to see their heroes in real life that makes McIlroy question the rowdiness of today’s crowds. Rory was recently quoted saying, “[i]f you’ve got guys that are shouting obscenities and swear words and stuff and there’s kids around, I think that isn’t cool.” It’s hard to argue with Rory on that point.

Justin Thomas Had A Fan Ejected

It’s crazy to think that you, as a fan, could be ejected from a sporting event like a golf tournament, but that’s exactly what happened for man who was heckling Justin Thomas last season. An obnoxious fan was yelling at Thomas that he hoped he would hit his tee shot in the water. After Thomas swung and the ball was heading towards the fairway, the man began calling for it to “get in the bunker.” At that point Thomas had heard enough and pointed the guy out to security and had him escorted out. I personally don’t think that was egregious enough to have a patron kicked out, but clearly Thomas has a different opinion. To each their own.

What About The Waste Management Open?

The Waste Management Open (also referred to as the Phoenix Open) is the biggest party in the golf world. Known for its infamous 16th hole, which is completely encompassed by three levels of stadium seating that holds over 40,000 people on that hole alone, it’s an experience unlike anything else ever seen in golf. For fans, it’s like a day-drinking, golf version of Coachella. For players, it’s like entering a scene in the classic golf movie Happy Gilmore. Surprisingly, most players actually like the raucous environment and embrace it. Keegan Bradley once said that “… you know you’re going to hear things during your swing and people are going to be crazy. But that’s one of the reasons this tournament is great.” Given that the Waste Management Open is the highest attended golf event in the world, topping out at over 700,000 people for the week, it’s clear the party and golf duo is a hit amongst golf fans.

Clearly there are differing opinions when it comes to crowd control and what should be expected of fans at PGA Tour events. The PGA Tour executives are certainly brainstorming ways that they can improve fan experience, while still maintaining the values of the sport. What side are you on? The fun side? Or the old-school side?

For over 18 years, GGGolf has been the go-to software for golf clubs around the country, offering a wide range of options to respond to the different business needs of golf clubs. GGGolf is dedicated to constantly updating its software for all of its customers while making sure the golf clubs are well taken care of.

When it comes to booking a tee time for your golfing needs, GGGolf has the perfect platform in the MinuteGolf portal -- your reference for golf bookings, tee times, discounts and golf packages!

Find a Tee Time online today, or download the MinuteGolf app on iOS or Google Play. If you are in need of anything for your golf club, please reach out to GGGolf at 450-641-4241 or send a quick email to This email address is being protected from spambots. You need JavaScript enabled to view it.